Phone Kitten ($0.99) by Marika Christian: THINK BRIDGET JONES MEETS NANCY DREW. Throw in a gig as a phone sex operator, an unexpected hunk of a boyfriend, and a client’s murder, and you have all the ingredients for the perfect chick lit romp. A fun, refreshing treat for fans of Jennifer Crusie, Janet Evanovich, and Stephanie Bond, Phone Kitten is your ticket to hours of giggles — so long as you’re not looking for raunch. Because this is so not it!

The Francis Bacon Mysteries: Books 1-3 ($1.99) by Anna Castle: Francis Bacon reluctantly puts down his books to solve crimes in Elizabethan London, aided by Thomas Clarady, a privateer’s son who will do anything to climb into the ranks of the gentry — or up to a lady’s bedchamber.

You Can Run: 7th Street Crew (Book 2) ($0.99) by Willow Rose: You Can Run is the second mystery in Willow Rose’s series about the childhood friends from 7th Street in Cocoa Beach, Florida. It’s a fast-paced, heart-stopping thriller, but also an emotionally charged novel about strong friendships and never giving up on each other, no matter what.

Devil’s Due ($0.99) by Andrew Warren: Thomas Caine is a dangerous man. A former CIA assassin, he was burned, betrayed, and left for dead. Now, he struggles to stay off the grid, and hides from his dark past in the seedy underworld of Pattaya, Thailand. But when human traffickers detonate a bomb in a crowded Thai market, it sets off a chain reaction that drags Caine out of the shadows. This new criminal syndicate has taken the one person Caine has sworn to protect, and the vengeful assassin will wage a bloody one-man war to get her back. 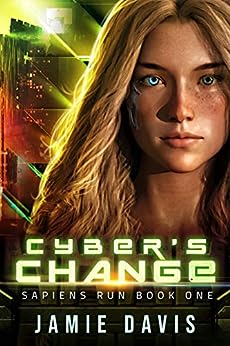