A Powerful Duke and the Underground Railroad: Discounted Literary eBooks

The Disappearing Man (The Underground Railroad Book 2) ($0.99) by Doug Peterson: “The Disappearing Man” tells the incredible, true story of Henry “Box” Brown, a slave who mailed himself to freedom. In 1849, Henry Brown was sealed in a box and shipped from Richmond to Philadelphia, a harrowing 27-hour ordeal. It was the ultimate disappearing act. It was also one of the most amazing Underground Railroad stories of all time.

John The Fearless: 1371-1419 (Based On True Events In Medieval France) ($0.99) by Anastasiya Baydachenko: Based on real events in medieval France. In the grip of the fear, there was no peace for him, no rest, and no forgetting. He went mad in this fear. It was his most important inheritance, a gift from his father. A true story of a powerful duke, a King`s cousin, a warrior, and a murderer, named John the Fearless (1371-1419).

When Love Rises (Rising Book 1) ($0.99) by Michelle G. Stradford: Poetry about life that celebrates love, offers comfort in heartbreak and inspiration to heal, move forward, and try love again. An emotional collection of prose about the many sides to love, from the unrestrained joy of the first flutter of a new romance to the pain of heartbreak, healing, and finding the inspiration to try at love again.

Road to Antietam (Galloway Book 1) ($0.99) by Tom E. Hicklin: Daniel and Christopher Galloway join up at the outbreak of war between the states. Expecting adventure and excitement, they instead find hardship and danger beyond anything they could have imagined. Just when they think they’ve seen the worst of it, they step out onto a farmer’s field by a sunken road, on the deadliest day in American history. 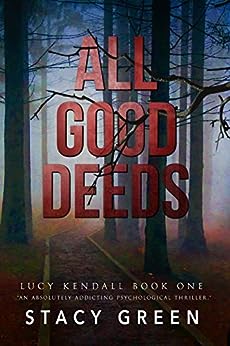