Haunting in Hartley (Haunting Clarisse Book 2) ($0.99) by Janice Tremayne: A haunted Australian ghost town. An evil incarnate. A town steeped in mystery. The battle for supremacy has begun.

As Dark Falls ($0.99) by Asher Blaise: Amelia is trapped. Trapped by a mysterious illness that no one can name. Her body a network of scars that the doctors told her she gave herself. But after much struggle, they tell her that she is making progress. And the more she picks at old scabs, the more Amelia believes it’s not an illness at all. It may be something deeper. Something darker.

Haunted: Devil’s Door ($4.99) by Lee Mountford: The massacre of 1982 told in full. Halloween night, 1982. Many people were brutally killed or simply vanished at the Blackwater Hotel—formerly Perron Manor. The events of that night have always remained a mystery. Until now…

Have these deals expired? Sign up for our email to find out when books in your favorite genre go on sale.
HorrorKindlekindle-unlimited 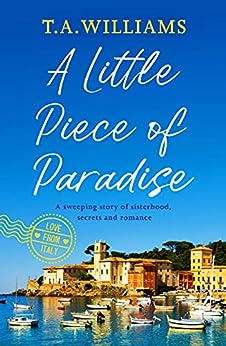