As It Should Be (They Loved Collection Book 2) ($0.99) by Shawna James: Andrew and his wife, Stephanie, thought they had bought their safety and freedom. Just as they had settled into an idyllic life in Norway, the tables turn again, into a living nightmare. They are forced to move back to Canada and run through yet another convoluted maze. Andrew and Stephanie stay strong for their daughters, hoping that someday the curse will be lifted. The Willow Rise Six ($3.99) by Alan Leuthe: Voted the 2021 Coalition Community’s Book of the Year, The Willow Rise Six has been described as “The Six of Crows meets The Hateful Eight”. A character-driven fiction that focuses on the journey of six outlaws as they face an impossible task ahead while each dealing with the haunting demons of their past. The Garden House ($0.99) by Linda Mahkovec: Turning fifty changes Miranda’s life in ways she hasn’t expected. In addition to facing “empty nest syndrome” and fearing that her best years are behind her, there is her growing concern about the mysterious new tenant of the family garden house. Is he the nice man he appears to be? Or is he the reason behind her increasingly disturbing dreams? More Than ($0.99) by Diane Barnes: An empty nest leads to a full life for single mom Peggy Moriarty. When Peggy’s children leave for college, they give her a gift certificate to a gym. The people she meets there help her reshape her life, and she learns she is more than a mother, a widow, and a body type. A heartwarming and inspiring story that is chockfull of heart. 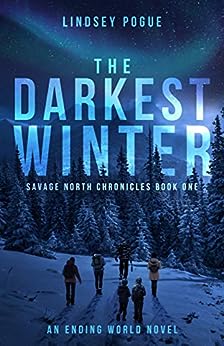