Even if you haven’t yet read Fifty Shades of Grey by E.L. James, we can guarantee you’ve heard of it. And when it was published in 2011, it seemed that every woman in your life, be it your mother, niece, best friend, dog sitter, or even your grandmother was reading it. And they loved it. So to keep that fire burning, we’re highlighting 12 steamy books just like Fifty Shades of Grey, that will ignite that same fire inside you and make you grateful you can keep your reading preferences nice and private in your eReader 😉

Why Is Fifty Shades of Grey So Popular?

According to Wikipedia, Fifty Shades of Grey has topped best-seller lists around the world. It has been translated into 52 languages and set a record in the United Kingdom as the fastest-selling paperback of all time. But what makes it so beloved by over 100 million readers around the world? As Business Insider says,

🖤   For starters, it’s a story you already know, that’s been written over and over again. Think Beauty and the Beast. Pretty Woman. And Taming of the Shrew. Sound familiar? Yep.

🖤   Men like Christian Grey don’t exist in the real world which makes characters like him even more attractive. In tune with all your needs and wants, incredibly sensitive, super masculine, hot, AND rich? Poof, your fantasy man has materialized.

🖤   The story brings back feelings of your first love. All those warm and fuzzy feelings that make you giggle and go all tingly inside.

🖤    The sexual tension! Fifty Shades literally oozes with it. And you’ll find even more of it in the books below, so happy reading, steamy fans!

He was beautiful and brilliant, sharp and white-hot. I was drawn to him like I’ve never been before for anything or anyone in my life. I craved his touch like a drug even if it would weaken me; he opened up the cracks within me so easily. Gideon knew too well – he had demons of his own. We became mirrors that reflected each other’s most intimate worlds… and desires. The bonds of his love transformed me, but still, we prayed our torments from the past wouldn’t tear us apart…

Dear Wes, let’s skip the pleasantries. I’m not going to med school a virgin. I want to learn everything, and I want to learn it from you. I’ve looked at the men in my life, made a list of pros and cons, and found you the most suitable. Sure, a lot of that was your gorgeous blue eyes and your charming smile. The strong arms and the tattoos don’t hurt either. I swear, I don’t have a thing for bad boys. There’s no way I’m ever sending this. I can’t believe I’m even writing it. But I really do want to study under you. Is that too formal? How am I supposed to phrase this? Wes, please, teach me how to love. I promise I’ll study hard. I’m an excellent student. And, well, I’m pretty sure I don’t need to spell out why this is a win/win. – Quinn

Shy student Penny Taylor always follows the rules. At least that’s how it appears to her classmates. But she has one illicit secret – she’s fallen hard for her professor. And she’s pretty sure he’s fallen for her too. Everyone loves Professor Hunter. He’s tall, dark, and handsome. And completely unobtainable. But it’s the secrets hiding behind his deep brown eyes that allures Penny. Secrets darker than she could ever imagine.

James Hunter gave up his billionaire lifestyle in NYC last year to become a professor. The easiest new rule to follow: don’t fraternize with the students. It’s easy to follow because he’s become quite the recluse in his new town – the only way he knows how to keep his secrets buried. But he never expected to be teaching such a beautiful student. He has to resist her. He needs to walk away. Penny deserves better than a man with his demons. But she’s daring him to cross the line. And he’s never been one to resist temptation.

Sean Taggart is hunting a deadly terrorist, and his only lead is Grace Hawthorne. She’s the executive assistant for an employment agency Sean suspects is a front for illegal activities. To get to the truth, Sean is going to have to get very close to Grace, a task he is all too eager to undertake when he discovers her deliciously submissive nature.

Stalking and restraining orders are a thing of Alayna Wither’s past. With her MBA newly in hand, she has her future figured out – move up at the nightclub she works at and stay away from any guy who might trigger her obsessive love disorder. But what Alayna didn’t count on is Hudson Pierce, the new owner of the nightclub. He’s smart, rich, and gorgeous – the kind of guy Alayna knows to stay away from. Except, Hudson’s fixed his sights on her…

Last night I got kissed by a man in a mask. I obviously didn’t see his face, but I know exactly how he made me feel. Desired. Protected. The kiss left me panting. He ran off before I unveiled his true identity. I don’t even know his name. But I’m going to find out.

Julia Lyle will have nothing to do with domineering men, no matter how tall, dark, and sexy. But Dom Marcus Cavendish will be satisfied with nothing less than collaring the fiercely independent Julia. Julia Lyle is invited to her best friend’s wedding and is stunned when Lana kneels to accept her husband’s collar. When Julia starts to object, firm, relentless hands land on her shoulders. The man behind her threatens to turn her over his knee if she interrupts. She’s outraged, but there’s no doubt he’s serious. After the ceremony, he offers her a glimpse into her friend’s lifestyle, if she’s brave enough to accept. Master Marcus Cavendish is everything she doesn’t want in a man – dominant, self-assured, and arrogant. So why can’t she resist him?

I’ve got a big ego and an even bigger bank account. That’s pretty much where my bio ends. Honestly, I don’t need to say anything else. I’ve just sold 99% of women on going home with me. Do I sound like a jerk to you? That’s because I am. And it works for me just fine. Or at least it did. Until I met her. Books talk about sparks flying. Screw that. With her, it was like emergency flares mixed with jet fuel. Only one problem. She wouldn’t tell me her name and then she disappeared after the hottest night of my life. Now I’ve had a taste of the perfect woman and I need it again. So what’s a jerk to do? I took this problem to the street. A missed connection gone viral. And when I find her? I’m keeping her.

Brynne Bennett has left scandal in her past and is living the good life. An American grad student at the University of London and part-time model, she’s getting back on track with hard work and focusing on a career in art conservation. When successful and charismatic London businessman Ethan Blackstone buys her nude portrait, he wants to possess more than just her image. He wants Brynne in his bed, serving him in every way possible. He has no trouble voicing his desires, and he isn’t taking “no” for an answer.

When flight attendant Bianca gets one look at billionaire hotel owner James Cavendish, she loses all of her hard-won composure. For a girl who can easily juggle a tray of champagne flutes at 35,000 feet in high heels, she finds herself weak-kneed from their first encounter. The normally unruffled Bianca can’t seem to look away from his electrifying gaze. They hold a challenge and a promise she finds impossible to resist…

Morgan O’Malley has seen a lot of kinky things as the hostess of a cable sex talk show but she’s never met a man like Jack Cole. A self-proclaimed dominant, he’s as alpha as a male can get – and good for Morgan to have around when an obsessed stalker ratchets up his attempts to get to her. Until he made her beg for it. Though Jack is a bodyguard, Morgan feels anything but safe in his presence because, slowly and seductively, Jack is bringing her deepest fantasies to the surface. And when he bends her to his will, she starts to crave his masterful touch…

He was the one man I couldn’t resist and the one man I couldn’t avoid. Damien Stark could have his way with any woman. He was sexy, confident, and commanding: Anything he wanted, he got. And what he wanted was me. Our attraction was unmistakable, almost beyond control, but as much as I ached to be his, I feared the pressures of his demands. Submitting to Damien meant I had to bare the darkest truth about my past – and risk breaking us apart. But Damien was haunted, too. And as our passion came to obsess us both, his secrets threatened to destroy us forever.

We hope you enjoy these steamy romance books! Looking for more books like Fifty Shades of Grey? Sign up to receive daily newsletters from us that are full of bargain Romance book recommendations!

Bonus eBooks for May: May The Force Be With You 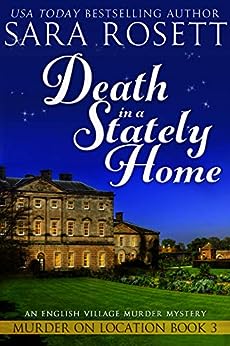