Have you ever wondered how different your life would have been if you had only said yes? Or never moved away as a kid? Or studied abroad in college? These kinds of questions are what make reading time travel books so fun. Think about it – if we had the power to alter history, prevent disasters, or see the future, we’d want to, wouldn’t we? As far as we know, it’s not possible… yet… but we have stories like these 10 best time travel books to read right now to inspire us in the meantime!

Time travel isn’t easy. And explaining it in fiction books can be complicated. There are many mechanisms and themes in time travel books. According to Wikipedia, some stories include time loops, time slips, precognition, the butterfly effect, alternate timelines and dimensions, and more. The books below have been hand-picked by our editorial team for you and include many of these popular themes. We hope you enjoy the 10 best time travel books to read right now! Happy Reading! 🕰 Somewhere out beyond the edge of the universe, there is a library that contains an infinite number of books, each one the story of another reality. One tells the story of your life as it is, along with another book for the other life you could have lived if you had made a different choice at any point in your life. While we all wonder how our lives might have been, what if you had the chance to go to the library and see for yourself? Would any of these other lives truly be better? 2. What the Wind Knows

Anne Gallagher grew up enchanted by her grandfather’s stories of Ireland. Heartbroken at his death, she travels to his childhood home to spread his ashes. There, overcome with memories of the man she adored and consumed by a history she never knew, she is pulled into another time – the Ireland of 1921, teetering on the edge of war. But there Anne finds herself, hurt, disoriented, and under the care of Dr. Thomas Smith, guardian to a young boy who is oddly familiar. Mistaken for the boy’s long-missing mother, Anne adopts her identity, convinced the woman’s disappearance is connected to her own. A most untraditional love story, this is the celebrated tale of Clare Abshire, an artist whose life takes a natural sequential course, and Henry DeTamble, an adventuresome librarian who inadvertently travels through time. Henry and Clare’s passionate affair endures across a sea of time and captures them in an impossibly romantic trap that tests the strength of fate and basks in the bonds of love. Scottish Highlands, 1945. Claire Randall, a former British combat nurse, is just back from the war and reunited with her husband on a second honeymoon when she walks through a standing stone in one of the ancient circles that dot the British Isles. Suddenly she is a Sassenach – an “outlander” – in a Scotland torn by war and raiding clans in the year 1743. Claire is catapulted into the intrigues of a world that threatens her life and may shatter her heart. Marooned amid danger, passion, and violence, Claire learns her only chance of safety lies in Jamie Fraser, a brave and young Scottish warrior. What begins in compulsion becomes an urgent need, and Claire finds herself torn between two very different men, in two irreconcilable lives. Dannie Kohan lives her life by the numbers. She is nothing like her lifelong best friend – the wild, whimsical, believes-in-fate Bella. Her meticulous planning seems to have paid off after she nails the most important job interview of her career and accepts her boyfriend’s marriage proposal in one fell swoop, falling asleep completely content. But when she awakens, she’s suddenly in a different apartment, with a different ring on her finger, and beside a very different man. Dannie spends one hour exactly five years in the future before she wakes again in her own home on the brink of midnight – but it is one hour she cannot shake. At first, it looks like a disease. An epidemic that spreads through no known means, driving its victims mad with memories of a life they never lived. But the force that’s sweeping the world is no pathogen. It’s just the first shock wave, unleashed by a stunning discovery – and what’s in jeopardy is not our minds, but the very fabric of time itself. In New York City, Detective Barry Sutton is closing in on the truth. And in a remote laboratory, neuroscientist Helena Smith is unaware that she alone holds the key to this mystery… and the tools for fighting back. Together, Barry and Helena will have to confront their enemy before they, and the world, are trapped in a loop of ever-growing chaos. 7. Just One Damned Thing After Another

If the whole of History lay before you, where would you go? When Dr. Madeleine “Max” Maxwell is recruited by the St. Mary’s Institute of Historical Research, she discovers the historians there don’t just study the past – they revisit it. But one wrong move and History will fight back – to the death. And Max soon discovers it’s not just History she’s fighting… 8. Oona Out of Order

It’s New Year’s Eve 1982, and Oona Lockhart has her whole life before her. At the stroke of midnight, she will turn 19, and the year ahead promises to be one of consequence. Should she go to London to study economics, or remain at home in Brooklyn to pursue her passion for music and be with her boyfriend? As the countdown to the New Year begins, Oona faints and awakens thirty-two years in the future in her fifty-one-year-old body. Greeted by a friendly stranger in a beautiful house she’s told is her own, Oona learns that with each passing year she will leap to another age at random. And so begins Oona Out of Order… 9. The Luxury of Time Travel

London Riley is the reluctant daughter of an in-home fortune teller. Gable Matthews is a gifted young scientist, driven by a family tragedy. When the two stumble on an explosive discovery as teenagers, their lives are upended and they are forced apart. A decade later, their accidental invention reunites them in a mysterious Arizona commune, aimed at one mission: making it possible for anyone to time travel. Harnessing the power and fluidity of consciousness, they navigate time through their memories. Often at odds, London and Gable explore the boundless capability of the human mind in search of a better life. Kiku is on vacation in San Francisco when suddenly she finds herself displaced to the 1940s Japanese-American internment camp that her late grandmother, Ernestina, was forcibly relocated to during World War II. These displacements keep occurring until Kiku finds herself “stuck” back in time. Living alongside her young grandmother and other Japanese-American citizens in internment camps, Kiku gets the education she never received in history class. She witnesses the lives of Japanese-Americans who were denied their civil liberties and suffered greatly but managed to cultivate community and commit acts of resistance in order to survive.

We hope you enjoy these popular time travel stories! Looking for more time travel books? Sign up to receive daily newsletters from us that are full of bargain book recommendations!

Bonus eBooks for September: Fall into a Good Book 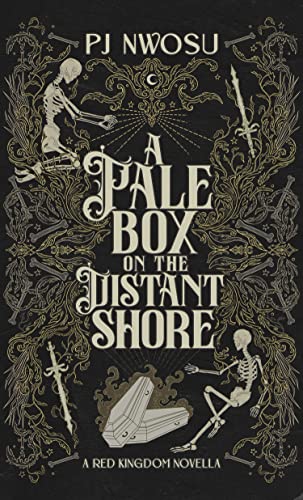