Elanora and the Salt Marsh Mystery ($0.99) by Kathleen Jae: Elanora’s carefree days are left behind when she is transported to a salt marsh that appears to be losing water, and the chipmunk must come up with a plan to save the colony of muskrats and other inhabitants. Will the others accept her findings, or will their intolerance and prejudice lead them to reject the only one who can lead them to safety? The Lost Son ($0.99) by James Ungurait: Join this adventure as Phoenix learns what lies beneath his feet. While searching for his missing mother, Phoenix has to uncover secrets that will lead him to face his darkest struggle. Will he be enough to save her and survive? These Wicked Stars (The Nightfall Bazaar Series Book 1) ($2.99) by Catelyn Wilson: Caraval X Stardust in the first book of a spellbinding new YA Fantasy series where a girl desperate to be with her fiancé must enter a mythical bazaar that appears once every 30 years. But in the Bazaar nothing is as it seems, and she has 7 days to find her treasure and escape the wicked king that wants her for himself. Royal Dragon (Dragoneers Book 1) ($0.99) by Ash Roberts: A YA LGBT #ownvoices series about a royal teen caught between two worlds, of nobility and the rough-and-ready world of dragons. Do you love dragons? Can you not get enough of YA fantasy? Do you want strong female characters who take matters into their own hands? Then you’ll love the Dragoneers series. 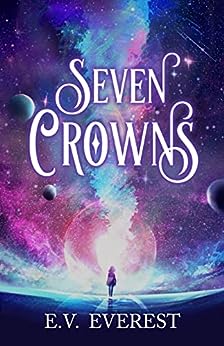