Editor’s Note: NEW YEAR ISLAND is a gritty modern reimagining of Agatha Christie’s classic, And Then There Were None.

Book Description:  Ten proven survivor types, who faced death once before and walked away from a situation that would kill most people, are recruited by an edgy new reality show. Marooned on an abandoned island overrun by wildlife, they will compete for a vast prize in cash. But nothing is as it seems. All of them are hiding secrets. Soon, they will find themselves trapped in a game so deadly that the most terrifying experiences of their lives were only its qualifying round. This time, maybe there isn’t meant to be a winner…

Author’s Inspiration: It’s all my wife’s fault. She works in the medical field, and she got me intrigued by mentioning “survivor types,” the small minority who somehow manage to beat the odds time and time again, unlike the other ninety percent of people, who freeze up or under-react in an emergency. I was fascinated. After researching the psychology of the “survivor personality,” devouring tons of real-life survival stories, and reading scholarly articles by psychologists studying reality shows like Survivor, I was left with three burning questions that sunk their hooks into my brain and wouldn’t let go. Two of those questions are answered early on in New Year Island. The third question led to the rest of this story.

I currently live in Palo Alto, California, with my wife and three daughters, and love scuba diving and swimming, but after one too many high-speed motorcycle crashes, I’m not allowed to own open-class sportbikes any more, which is probably a good thing for me and everyone else.

My other life includes a tech-heavy background in both the aerospace/defense industry and the video game industry. I became an author to write the kind of books I always wanted to read, but could never find enough of. 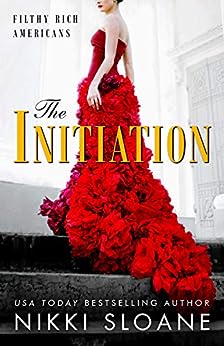